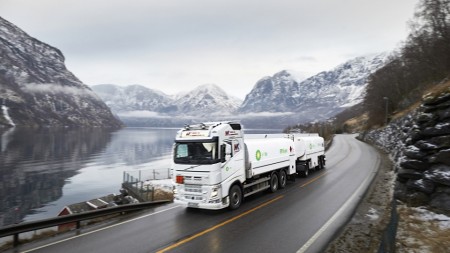 This latest agreement will build on their existing partnership, which was established last year to develop solutions to deliver sustainable aviation fuel to airports and airlines, according to Neste.

“I am very happy to announce that our collaboration with Air BP has taken its first concrete step, as aviation is one of our strategic growth areas,” said Neste president and CEO Peter Vanacker.

“Sweden is becoming a leading country in decarbonising aviation with its proposal to introduce a greenhouse gas reduction mandate for aviation fuel sold in Sweden. Together with Air BP we are able to support air transport in Sweden in their efforts, and this collaboration gives both of us valuable insight into developing similar supply chains to decarbonise aviation in other markets,” Vanacker continued.

“I am pleased that through our collaboration with Neste we will be able to offer our Swedish customers sustainable aviation fuel at a number of airports across the country in 2019,” added Air BP CEO Jon Platt. “We are committed to supporting our customers, through initiatives such as this, as they work towards reducing their emissions and realising their low carbon ambitions.”

Neste’s aviation fuel is produced from renewable and sustainable raw materials, and has proven greenhouse gas emission reductions of up to 80% over its lifecycle, compared to conventional jet fuel.