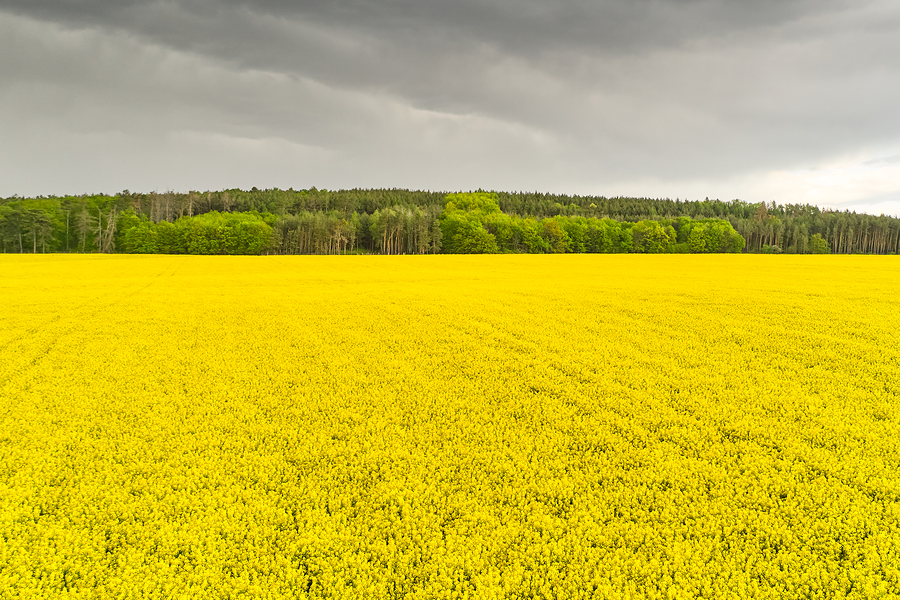 New figures have been released
The US Department of Agriculture (USDA) expects global availability of rapeseed to be higher in the upcoming crop year than the current crop year.
At the same time, the USDA anticipates rapeseed consumption to decline and ending stocks to increase as a result.
The USDA put global 2020/21 rapeseed production at 70.8 million tonnes, up 2.6 million tonnes from the previous year, in its most recent estimate.
Output is projected to rise in Australia, Ukraine and also Canada, whereas consumption is seen to decrease. The USDA anticipates demand to amount to 69.9 million tonnes. This would be down around 350,000 tonnes from 2019/20.
According to investigations conducted by Agrarmarkt-Informations Gesellschaft, consumption is likely to fall particularly sharply in the EU. The decline in demand in the upcoming crop year is projected at 23.1 million tonnes, around 325,000 tonnes fewer than 2019/20. Due to the falloff in utilisation and global increase in production, output will probably exceed consumption. This last happened two years ago.
Exports are expected to rise 0.3 million tonnes to 15.3 million tonnes, with larger exports from Australia and Ukraine expected to offset smaller exports from Canada.
According to the USDA, 2020/21 rapeseed ending stocks are expected to hit around 7.1 million tonnes. This would be a 0.6 million tonne rise compared to 2019/20. Canada is likely to see an especially sharp rise of 0.75 million tonnes to 3.9 million tonnes.
This would more than offset the decline in stocks in China, the EU-27, India and Japan.

New figures have been released