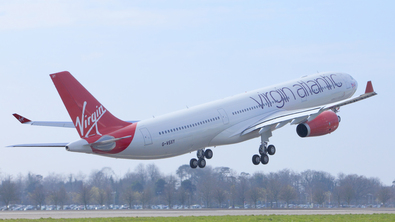 LanzaTech said that it had produced 1,500 of its jet fuel called ‘Lanzanol’.

Sincce 2011, LanzaTech has been working with Virgin to commit to producing the world’s first jet fuel derived from waste industrial gases from steel mills via a fermentation process.

The Lanzanol was produced in China at the RSB (Roundtable of Sustainable Biomaterials) certified Shougang demonstration facility. The alcohol-to-jet (AtJ) process was developed in collaboration with Pacific Northwest National Lab (PNNL) with support from the US Department of Energy (DOE) and with the help of funding from HSBC.

LanzaTech and Virgin Atlantic are now set to continue to work with Boeing and a host of industry colleagues to complete the additional testing aircraft and engine manufacturers require before approving the fuel for first use in a commercial aircraft. Assuming all initial approvals are achieved, the innovative LanzaTech jet fuel could be used in a first of its kind proving flight in 2017.

Following a successful ‘proving flight’ the data collected will enable the partnership to seek approval to use the fuel on routine commercial flights. This would also help pave the way for LanzaTech to fund and build their first commercial jet fuel plant to supply fuel to Virgin Atlantic and other airlines. As a UK-based partnership it is hoped the first LanzaTech jet fuel plant would be based in the UK.

Virgin Atlantic CEO Richard Branson said: “This is a real game changer for aviation and could significantly reduce the industry’s reliance on oil within our lifetime. Virgin Atlantic was the first commercial airline to test a bio-fuel flight and continues to be a leader in sustainable aviation.

“We chose to partner with LanzaTech because of its impressive sustainability profile and the commercial potential of the jet fuel. Our understanding of low carbon fuels has developed rapidly over the last decade, and we are closer than ever before to bringing a sustainable product to the market for commercial use by Virgin Atlantic and other global airlines.”

Jennifer Holmgren, CEO of LanzaTech, said: “We can now truly imagine a world where a steel mill can not only produce the steel for the components of the plane but also recycle its gases to produce the fuel that powers the aircraft. This program illustrates that such breakthroughs are only possible through collaboration. In this case, it is governments (US DOE, FAA, DARPA), laboratories (PNNL, AFRL, SWRI, MTU, UDRI), NGOs (RSB) and industry (Virgin, HSBC, Boeing, Shougang, Airlines for America) coming together to disrupt our current global carbon trajectory.

“We look forward to working with colleagues past, present and future to make this pioneering new fuel a commercial reality."

“Ethanol made from recycled carbon in China can now be used to fuel a plane in the United Kingdom, using technology from the United States! We are honoured to be part of this truly global partnership to provide new sustainable pathways for low carbon fuels that do not impact the food chain or land use.”