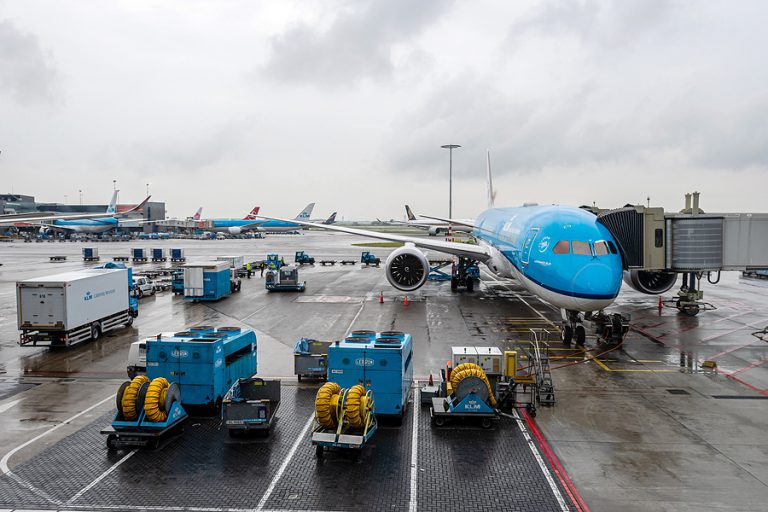 A KLM aircraft at Schiphol airport
Dutch airline KLM has been told to alter one of its advertising campaigns after it was ruled to have exaggerated the firm's use of biofuel during flights.
In the advert, the airline said its corporate biofuel programme enabled businesses with a corporate contract to ensure that some of their corporate travel was undertaken using sustainable biofuel.
Using sustainable biofuel in large quantities can result in an 80% reduction in CO2 emissions in the airline industry, KLM added.
The advertising campaign that was run in the Netherlands earlier in the year, stated that KLM mixed biofuels with traditional fossil fuel-based kerosene up to a maximum of 50% and that the airline was “the first to fly biofuel on a daily basis”.
The Dutch Advertising Code Committee found that while at least one flight a day was using a 50% blend pre-COVID-19, biofuel only accounted for less than 1% of its total fuel consumption last year.
The advertising committee ruled that the airline overlooked to mention the actual percentage of biofuels used in their fleet.

A KLM aircraft at Schiphol airport