Is the Labour party manifesto an opportunity for biofuels and bioenergy? 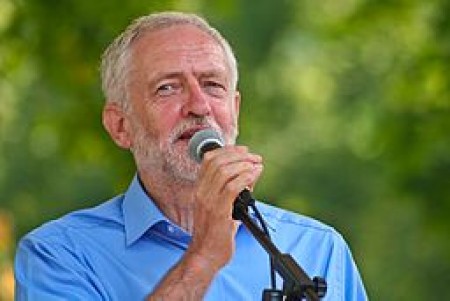 The UK Labour Party has published its manifesto for the forthcoming General Election, placing significant emphasis on renewable and sustainable energy sources.

A key part of the manifesto includes encouraging the creation of publically owned, locally accountable energy companies and cooperatives to rival existing private energy suppliers. The manifesto also pledges to ensure national and regional grid infrastructure is brought into public ownership over time.

Significantly, the Labour Party insists it will ban fracking as “it would lock us into an energy infrastructure based on fossil fuels, long after the point in 2030 when the Committee on Climate Change says gas in the UK must sharply decline.”

Although options such as biodiesel, bioethanol, biomass and biogas are not mentioned by name, the manifesto stresses a desire to transition to cleaner, lower carbon fuels.

“Emerging technologies such as carbon capture and storage will help to smooth the transition to cleaner fuels and to protect existing jobs as part of the future energy mix,” the manifesto states.

Labour’s manifesto reflects many energy and fuel policies in common with the UK’s Green Party, however, there are also major differences. Unlike the Green Party, Labour places a strong focus on safeguarding the offshore oil and gas industry. It also advocates support of the nuclear industry, something the Green Party Environmental Manifesto is explicitly against.

The main thing to take from the manifesto however, is its emphasis on a low-carbon future: “The low-carbon economy is one of the UK’s fastest-growing sectors, creating jobs and providing investment across each region. It employed an estimated 447,000 employees in the UK. in 2015 and saw over £77 billion in turnover. With backing from a Labour government, these sectors can secure crucial shares of global export markets.”

This article was written by Daryl Worthington, assistant editor of Bioenergy Insight and Biofuels International.