Germany remains the most important rapeseed producer in the EU 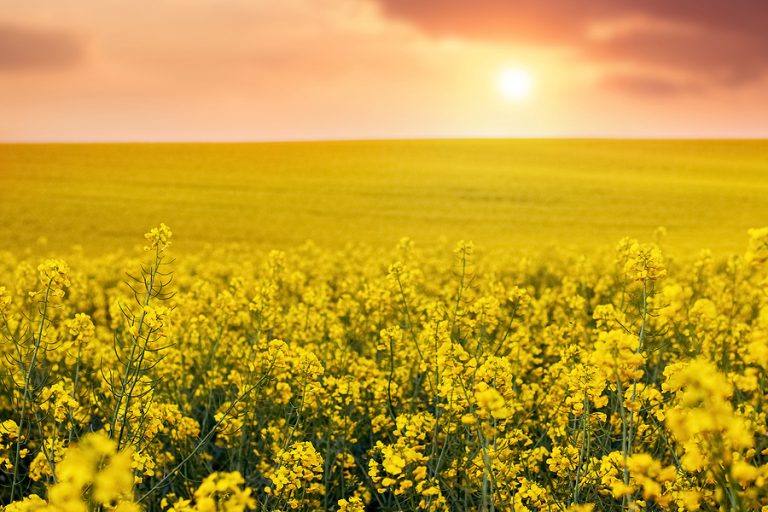 The EU Commission expects this year‘s German rapeseed harvest to be larger than a year earlier.
However, the outlook for France and Poland is quite different.
Since the beginning of March, the weather in Germany has been dominated by large temperature fluctuations.
Following a warm weather period at the end of March, the coldest April across Germany in 40 years has slowed plant growth. Nevertheless, winter-planted crops are generally in a good condition.
The EU Commission expects the German rapeseed harvest to reach 3.8 million tonnes. This would translate to a 7.5% rise year-on-year.
By contrast, in France the prolonged period of frost severely affected some of the rapeseed crops that were in flower at the time.
Also, drought has prevented a rapid recovery of the crops. According to investigations conducted by Agrarmarkt Informations-Gesellschaft, the EU Commission lowered the harvest outlook for France by 6% from the previous month to 3.1 million tonnes.
This would translate to a 3.2% decline on the year. Poland could also see a drop in harvest in 2021. Estimated at 2.7 million tonnes, the country's harvest would fall 8 per cent short of the previous year's figure.
The increases expected to occur in Germany, Romania and Hungary will not be able to offset the decreases in other countries. As a result, this year's EU-27 rapeseed harvest of presumably 16.5 million tonnes is set to exceed the previous year's level by only 1% while remaining below average overall.