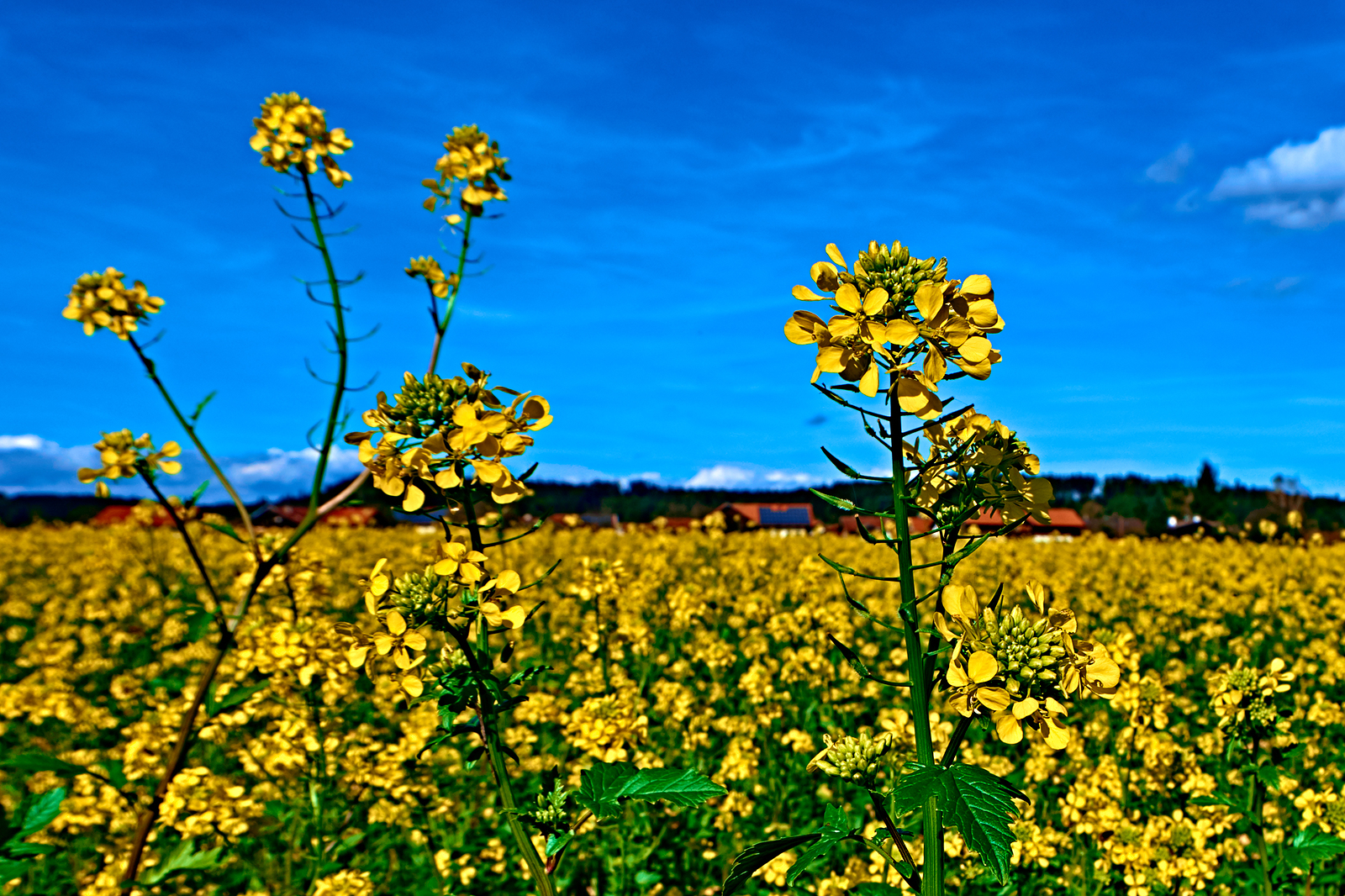 A rapeseed field
Germany exported the largest amount of rapeseed meal in five years from July 2019 to April 2020.
During this period, Germany exported around 1.5 million tonnes of rapeseed meal.
According to information published by the German Federal Statistical Office, this was up about 24% year on year and the largest tonnage in five years.
The Netherlands was the main recipient, taking 686,000 tonnes, which was up 19%.
Spain was the second largest importer with imports amounting to around 198,000 tonnes (up 33%). Finland's imports remained at the previous year's level of 151,000 tonnes. Exports to France even doubled to 129,000 tonnes. 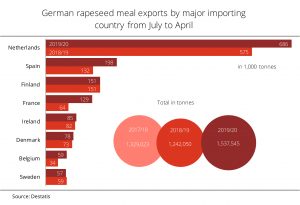 According to research by Agrarmarkt Informations-Gesellschaf, the surge was due to the small rapeseed harvest last year and the resulting lower utilisation of oil mill capacities.
The Union zur Förderung von Oel- und Proteinpflanzen stated that in terms of processing capacity (about 9 million tonnes) Germany was the primary producer and supplier of GM-free rapeseed meal within the EU 27.