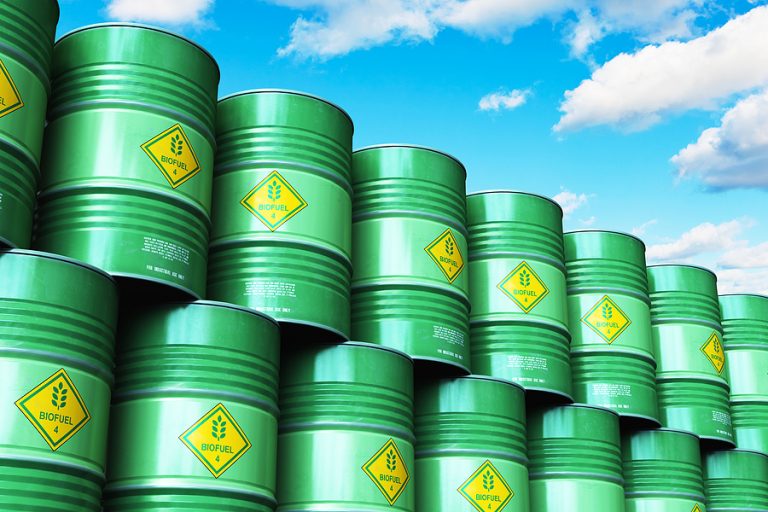 In the past decade, we have seen technological advancements in motor vehicles that run on renewable energy sources. The increasing threat of fossil fuel depletion coupled with the need to maintain renewable sources continues to push for the demand for biofuel.
We live in a world where the global market for biofuels and renewable sources continues to grow in order to maintain the growing population. Our reliance on energy is a global necessity as our government attempts to mitigate the growing issue of climate change as a direct result of increased demand for automobile fuel.
The most obvious benefit of replacing fossil fuels is the environmental impact it will have on carbon emissions. Since biofuels burn faster and cleaner than fossil fuels, it will release greenhouse gases at a lower and slower rate. Secondly, the use of biofuels will allow the economy to reap its benefits.

What is biofuel and how is it made?

In an effort to reduce our use of carbon emissions and replacing fossil fuels to preserve our natural resources, it has led to the widespread use of biofuels.
A biofuel is any type of liquid fuel that can be derived from biological materials such as trees, agriculture, waste, or grass. Some of which, but are not limited to those such as: ethanol, biodiesel and other “green” fuels.
Biofuels are produced directly from organic materials or biomass. The most common producer being plant materials and animal waste. In terms of agriculture, biofuels can be taken from crops, forestry, and animal by-products.
Technology has allowed us to expand the variety of biofuels to include solids, liquids and gases from materials such as woods, crops, and waste. We commonly use biofuels as substitutes for fossil fuels such as petroleum, propane, coal, and natural gas. Biofuels consist of two types: primary and secondary. Primary biofuels refer to organic materials that are primarily used for heating purposes and electricity production. These include wood chips and pellets used to make fire and are usually kept in their natural state. Secondary biofuels refer to the processing of biomass and usually includes liquid biofuels such as ethanol and biodiesel which is commonly used in the production of vehicles.

History of biofuels and how it is used

Over time, with the invention of electricity and motor vehicles, the popularity of using biofuels decreased as the use of fossil fuels increased.
Many early vehicles in the United States ran on corn-based ethanol; these were phased out during the Great Depression when cheaper fossil-fuel based gasoline became available. During World War II, several countries, including Germany, could not procure gasoline, so they turned to biofuels as an alternative. Britain came up with the mixture of grain alcohol and petrol as a makeshift for fuel due to the shortage. In the post-war years, with advances in oil refining technologies, the Middle East became the largest supplier for cheap hydrocarbon based crude oil. Biofuel re-emerged in the 1990s due to the rising cost of oil prices and the emission of greenhouse gases. Despite these efforts to increase the use of biofuels, gasoline is still more widely used than plant-based alcohol.
The two most common types of biofuels that are used today are ethanol and biodiesel. Ethanol is a renewable fuel that consists of plant materials otherwise known as biomass. When ethanol — an alcohol — is mixed with gasoline, it allows flexible fuel vehicles to run with higher ethanol content than regular gasoline. In the United States about 97% of gasoline contains some mixture of ethanol. The process of fermentation, which is a chemical process by which molecules of glucose are broken down anaerobically, is a common method used for biomass to ethanol conversion.
The second type of biofuel is ethanol, which is a liquid fuel produced from vegetable oils and animal fats. It’s commonly used as a replacement for petroleum-based diesel fuel. It can also be blended together with petroleum to fuel engines. The most commonly used blend is B20 which consists of 20% biodiesel and 80% petroleum diesel.

With the growing pressure to lower carbon emissions, the application of biofuels is a plausible solution to the replacement of oil in the near future. This change in energy source will bring a competitive advantage to the use of alternative fuels. In the near future, if we are able to meet the land requirements to increase the resources available to make biofuels economically profitable, then it might be able to replace the fossil fuel we use today. The key factor of profitability which is dependent on commodities will be able to undercut the high rising oil prices. In the near future, if biofuels become available for countries to utilize globally, then it will have a significant impact on the global economy and the environment.


This article was written by Dr. Raj Shah, who is currently a Director at Koehler Instrument Company, NY and an active ASTM member for the last 25 years, Dr. Vikram Mittal, Assistant Professor at the United States Military Academy in the Department of Systems Engineering and Ms. Serline Cai, a student at Stony Brook University