Fuelling success in its operations 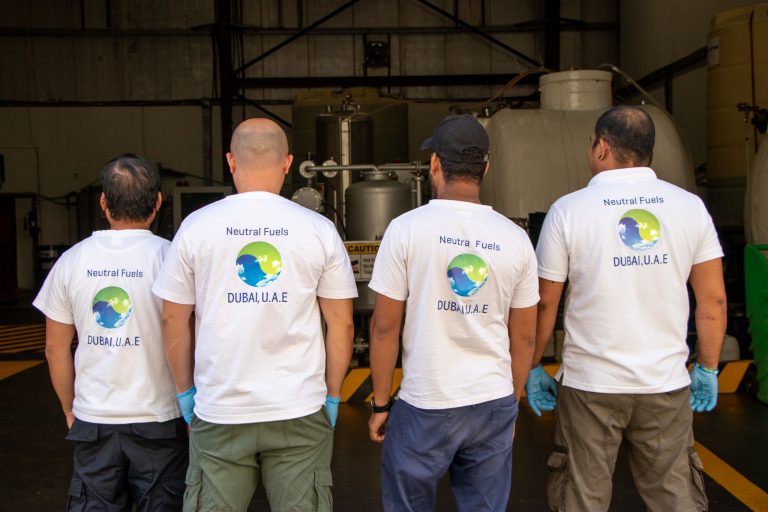 Neutral Fuels staff
According to the World Wildlife Fund, the United Arab Emirates (UAE) once had the largest ecological footprint per capita in the world.
Today it has become a regional role model for clean and renewable energy and the green economy. Neutral Fuels stated that its actions have resulted in over 15 million tonnes of carbon dioxide equivalent (CO2e) savings in the region since it commissioned its first biorefinery in Dubai in 2012.
With a quarter of global greenhouse gas (GHG) emissions caused by transportation, switching to locally-made biofuel is one of the most effective actions that can be taken to reduce carbon footprint to zero, literally from one refuelling to the next.
Since its inception, Neutral Fuels has become the largest producer of net zero biofuel in the Gulf Corporation Council region.
The company achieved profitability in its first year of business and sales volumes have been growing every year.
Neutral Fuels is an entrepreneur-led company that has succeeded without government subsidies, carbon credits or tax incentives. The company keeps its own environmental impact very low, releasing no GHG from its own plant, minimising waste,...