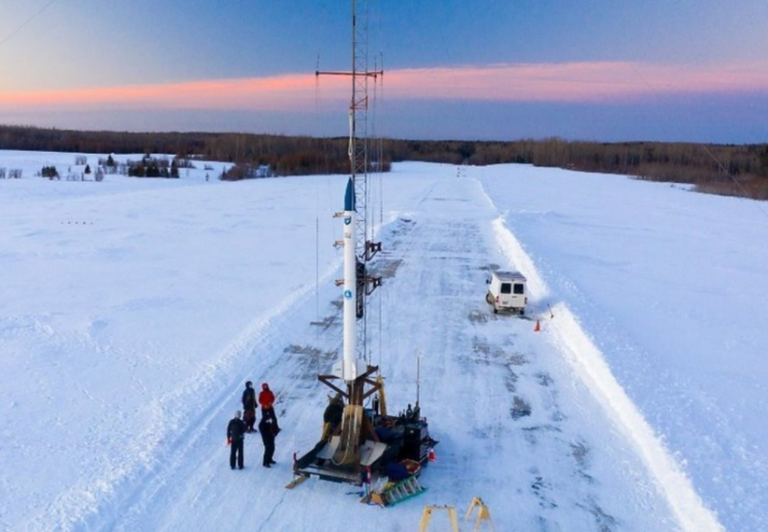 The rocket before launch
Space startup company bluShift successfully launched its first rocket powered by biofuels on Sunday.
The fuel, which are intended to be used to propel small satellites into space, was employed in a single-stage prototype that can only carry up to 18 lbs of payload and is designed to achieve suborbital space.
Stardust's first launch carried three small payloads to an altitude of 4,000 feet (1,220 metres) and then parachuted back to Earth.
The entire flight lasted about a minute-and-a-half.
Stardust 1.0 was designed by the Brunswick, Maine-based startup to be reusable, although it was still a prototype.
However, its successor, known as Stardust 2.0, is expected to have an increased payload capacity.
The fuels differ from traditional propellants in that they offer safety advantages during handling and ecological advantages during production and use.
The startup, which is backed by the Maine Technology Institute and NASA’s Small Business Innovation Research, has been working on its solid rocket biofuel since its formation seven years ago.

The rocket before launch