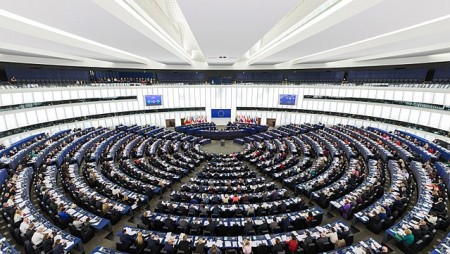 ePure (the European renewable ethanol association) is calling for the EU to adopt a policy that encourages domestic production of sustainable biofuels. The move follows two decisions by the EU Parliament, one to promote protein crops for animal feed (to ease demand for feed from South America) and one to meet the emission reductions agreed to under the Paris agreement.

The association says that the production of biofuels can contribute to both of these initiatives, claiming that for every tonne of crop-based renewable ethanol produced in the EU, one tonne of high-quality, GMO-free animal feed is co-produced.

The EU’s 2020-2030 renewables policy, the second Renewable Energy Directive (RED II), is currently under debate. In October 2017 MEPs voted to phase out crop-based biofuels by 2030, with their contribution to renewable energy targets capped at 7% from 2021.

Commenting on the cap, ePure said that the EU “is restricting its potential domestic protein supply and hamstringing its ability to cut transport emissions” and added that their decision to restrict biofuels doesn’t fit with these recent decisions on protein crops or emission reductions.

RED II is currently in ‘trilogue’ between the European Council, Parliament and Commission to agree the details of the legislation.