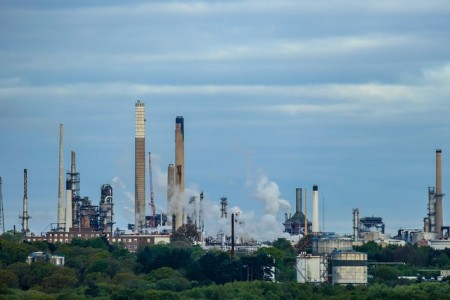 Reuters is reporting that a refinery owned by billionaire and former Trump advisor Carl Icahn has received a waiver freeing it from its obligations under the Renewable Fuels Standard (RFS).

The waiver will allow the refinery to save millions of dollars on what would otherwise be used to blend biofuels into its products or buy renewable identification numbers (RINs) from those who do to demonstrate compliance with the RFS.

The Environmental Protection Agency (EPA) was criticised for its increased used of ‘small refinery’ waivers earlier in April. The waivers are designed to protect small refineries (defined in the RFS as those that produce less than 75,000 barrels of oil per day) from ‘disproportionate economic hardship’. CVR Energy, the owner of the Wynnewood, Oklahoma refinery, sold 217,453 barrels of oil per day and had net income of $234.4 million in 2017.

“Hundreds of millions – and in some cases billions – of dollars in profits isn't my definition of 'hardship.' President Trump promised to support home-grown biofuels, and Administrator Pruitt is breaking that promise," Iowa Senator Chuck Grassley said in a statement.

The agency has held to its claim that the waiver approval process hasn’t changed since the last administration.

Icahn was appointed as advisor to President Trump at the beginning of his term in 2017, but resigned in August the same year amid concerns about conflicts of interest. He is still under investigation by the Justice Department for influencing biofuels policy while in that position.

Growth Energy CEO Emily Skor commented on the CVR waiver: “Carl Icahn interviewed Scott Pruitt for the job, and now Icahn stands to make millions more from a secret EPA handout. This is just one more example of the EPA taking money out of the pockets of American farmers and undermining President Trump’s promises to rural communities. The EPA is giving refineries everything they want, at the expense of rural families, while refusing to move forward on the President’s pledge to lift barriers against year-round sales of E15.

“Congress and the White House need to rein in EPA and return the agency to serving the president’s promised agenda, including growth in biofuel production and rural job creation.”