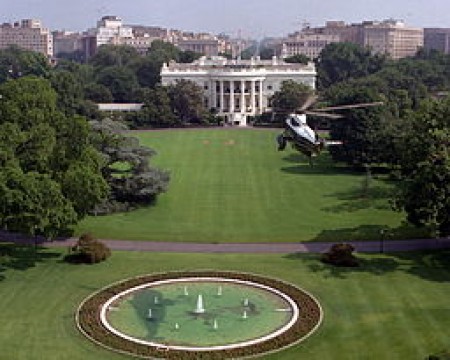 The US Environmental Protection Agency (EPA) has denied requests from petitioners to change the point of obligation for compliance under the Renewable Fuels Standards (RFS) programme.

Major oil companies had petitioned to relieve refiners of their obligation to fulfil annual biofuel quotas under the RFS. The move encountered strong opposition from the biofuel industry and law makers in so-called ‘farm-states’, the top agricultural producing states in the US, such as Iowa.

EPA Administrator Scott Pruitt signed the notice denying the petition on 22 November. According to an EPA statement, the decision was based on “a wide range of stakeholder input and information provided as a part of the public comment period”. The EPA concluded that changing the regulatory point of obligation for compliance with the RFS programme “is not appropriate.”

Under the RFS system, fuel refiners without sufficient infrastructure to blend in biofuels themselves must instead buy credits, dubbed renewable identification numbers (RINs), to comply with biofuel blending quotas.

According to Bloomberg, a surge in the price of RINs prompted some refineries to petition the EPA for a shift in the point of obligation to companies “closer to consumers,” such as blenders.

EPA are clear in their explanation for their decision that they believe such a shift would be disruptive to the current system and fail to deliver any benefits in terms of encouraging renewable fuels use.

“We believe that the current structure of the RFS program is working to incentivize the production, distribution, and use of renewable transportation fuels in the United States, while providing obligated parties a number of options for acquiring the RINs they need to comply with the RFS standards,” the EPA Notice of Denial of Petitions explains.

“We do not believe that petitioners have demonstrated that changing the point of obligation would likely result in increased use of renewable fuels. Changing the point of obligation would not address challenges associated with commercialising cellulosic biofuel technologies and the marketplace dynamics that inhibit the greater use of fuels containing higher levels of ethanol, two of the primary issues that inhibit the rate of growth in the supply of renewable fuels today,” the statement continues.

“Changing the point of obligation could also disrupt investments reasonably made by participants in the fuels industry in reliance on the regulatory structure the agency established in 2007 and reaffirmed in 2010.”

One of the most vocal campaigners for reforms to the RFS was Carl Icahn, a former adviser to President Trump and owner of major oil refining company CVR energy.

While working for the President, Icahn had proposed the changes to the point of obligation of the RFS. It was revealed in April this year that CVR Energy had made a substantial bet on RIN prices falling, something which would have only happened had Icahn’s proposals been implemented.

Democrat lawmakers and Watchdog groups issued complaints about the apparent conflict of interest, and as controversy mounted, Icahn resigned from his role in the Trump administration in August 2017.

It was announced recently that Icahn had been subpoenaed by the US Justice Department in relation to his efforts to overhaul the US biofuels programme.

This article was written by Daryl Worthington, assistant editor of Biofuels International