Eastern Airways debuts its Cornwall to London service – on SAF 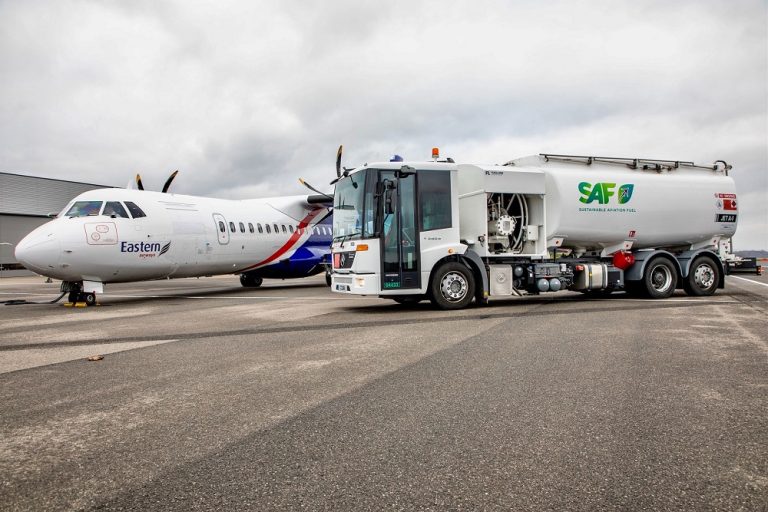 Eastern Airways celebrated its inaugural Cornwall Newquay to London Gatwick route fuelled with sustainable aviation fuel (SAF).
The flight was operated with one of Eastern’s ATR72-600 turboprop aircraft and the fuel was supplied by Air bp.
The airline underlined its commitment to reduce carbon emissions, backing calls for closer collaborative work between industry and government to lower the cost and widen availability of SAF.
ATR CEO Stefano Bortoli commented:  “SAF is key to decarbonising aviation, and we are pleased to see our customer both fully embracing this strategy and recognising the environmental credentials of the ATR72-600.
“Having first partnered with Eastern in 2017, we're delighted the ATR72-600 has been chosen to serve its new PSO route.  Not only is it the benchmark in the regional market,  consuming 40% less fuel and therefore emitting 40% less CO2 than similarly sized regional jets, it is also the most profitable one, with unbeatable economics."
Robert Courts, Aviation Minister, added: “We are committed to decarbonising the aviation sector, achieving Jet Zero, and investing millions into sustainable aviation fuel which will power future green flying. It’s good to see Eastern Airways operating its inaugural Cornwall to London flight using SAF and this is a great milestone.”