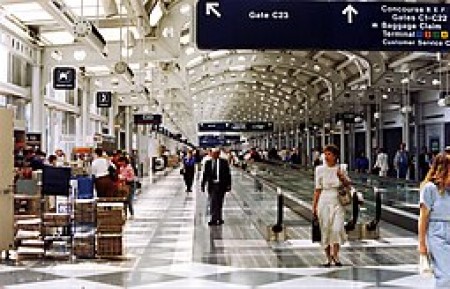 By PhillipC [CC BY 2.0 (http://creativecommons.org/licenses/by/2.0)], via Wikimedia Commons

Flight 497 took off from the Beijing on 21 November. It landed at Chicago’s O’Hare airport at 12:05pm local time. The Boeing 787 Dreamliner completed the more than 11,000km journey with biological aviation fuel produced from waste cooking oil, according to Xinhua.

It was the first demonstration flight from China to the US to use aviation biofuel.

Sun Jianfeng, president of Hainan Airlines, told Xinhua that the performance of the biofuels was as safe and reliable as ordinary aviation fuel.

"After flying to a maximum height.. we still found the engine runs well and aircraft performance is good and stable," Sun said.

The flight comes as part of Hainan’s long running drive to reduce its environmental footprint. In 2015, the airline made China’s first domestic biofuels powered flight.

Darrin Morgan, director of Sustainable Fuels Strategy at Boeing, stressed the significance of the flight to Xinhua.

"Boeing has been collaborating with Sinopec and many other Chinese stake holders over the years quite well in helping to create new sustainable aviation fuel supply chain and setting up new technologies to support the industry. We are looking forward to more collaboration with China in the future."

By PhillipC [CC BY 2.0 (http://creativecommons.org/licenses/by/2.0)], via Wikimedia Commons