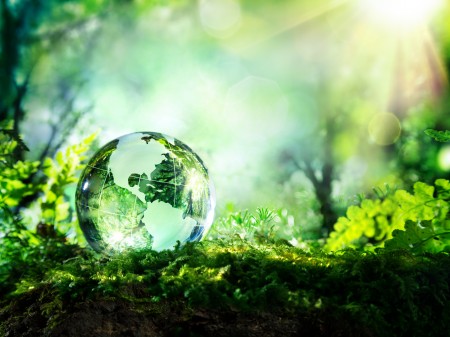 Global carbon emissions from burning fossil fuels have seen "almost no growth" for three years in a row, despite economic growth, scientists have said.

Emissions did not increase in 2015 and are expected to rise only 0.2% in 2016, according to new data from the University of East Anglia (UEA) and the Global Carbon Project.

The figures, which come after a rise of just 0.7% in emissions in 2014, are a clear break from the average 2.3% annual carbon dioxide increase from burning fossil fuels in the decade to 2013.

The stalling growth in emissions comes despite global economic growth exceeding 3% a year, and is mainly down to China burning less coal, the study in the journal Earth System Science Data said.

Researchers suggest it could mark a permanent shift away from the long-term rapid growth trend in climate change pollution, and are consistent with pledges made by countries on cutting emissions up to 2030.

But the stalling of growth in emissions is not enough to limit temperatures to "well below" 2°C above pre-industrial levels, a target which countries have committed to in order to avert dangerous climate change.

Professor Corinne Le Quere, director of the Tyndall Centre at UEA, said: "This third year of almost no growth in emissions is unprecedented at a time of strong economic growth.

"This is a great help for tackling climate change but it is not enough. Global emissions now need to decrease rapidly, not just stop growing."

The data is released to coincide with the latest round of United Nations climate talks in Marrakesh, Morocco, focused on implementing the international Paris Agreement, which has just come into force and commits countries to the 2°C target.

Glen Peters, of the Centre for International Climate and Environmental Research in Norway, co-authored the analysis.

He said: "Emissions growth in the next few years will depend on whether energy and climate policies can lock in the new trends, and importantly, raise the ambition of emissions pledges to be more consistent with the temperature goals of the Paris Agreement."

China, which is the world's biggest polluter, accounting for 29% of global carbon dioxide output, saw emissions fell 0.7% in 2015 and they are projected to drop another 0.5% in 2016, though the scientists warn of large uncertainties in the figures.

In the US, emissions fell 2.6% in 2015 as the country reduced its coal use while increasing gas and oil consumption, and carbon dioxide is expected to fall 1.7% this year.

However, the European Union's emissions rose 1.4% in 2015, against a backdrop of long term declines in pollution, while another major emitter, India, saw emissions rise 5.2%.

The El Nino climate phenomenon worsened the emissions from deforestation in Indonesia by creating hot, dry conditions that made it easier to burn and clear land for agriculture, and also led to trees absorbing less carbon dioxide.

Levels of the greenhouse gas in the atmosphere have crossed a record threshold of 400 parts per million (ppm).