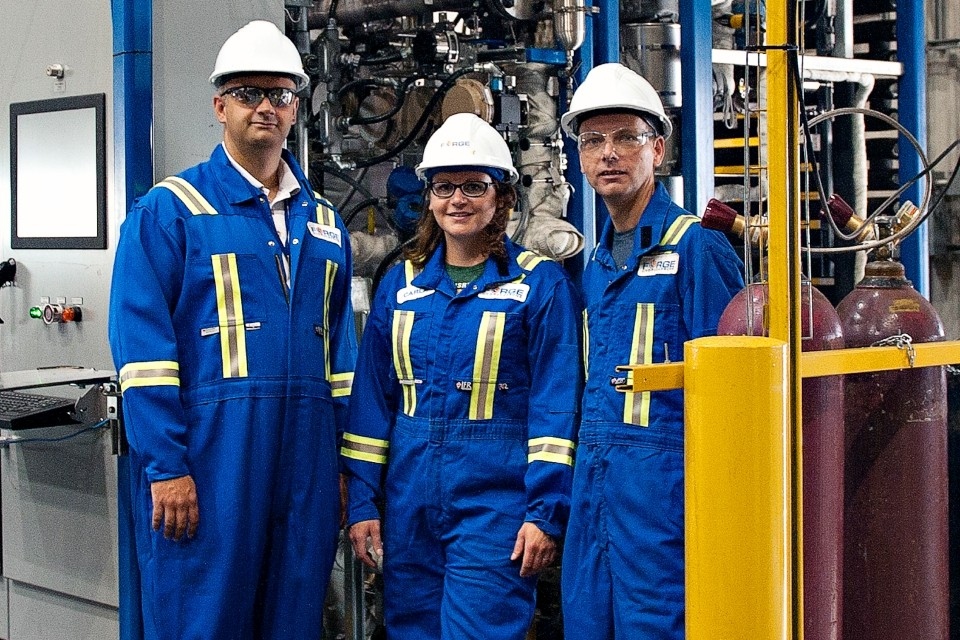 The facility, which is reportedly the first of its kind, will be built at a cost of CAD$30 million (€20.9 million) in Sombra, in the Canadian province of Ontario.

FORGE’s lipid-to-hydrocarbon (LTH) technology produces renewable jet fuel, diesel and naphtha from waste fats and oils. The renewable diesel and jet fuel have 90% less carbon intensity than fossil-based diesel, according to the company.

The company is initially targeting the more than four-billion-gallon mandated market in North America for renewable diesel, as well as the jet fuels market. FORGE plans to use abundant, low-cost and often unused lipid feedstocks.

The technology, which is the brainchild of the University of Alberta’s Dr. David Bressler, was licenced through TEC Edmonton to FORGE. FORGE was founded by biofuels entrepreneur Tim Haig, who also founded Canada’s first commercial renewable diesel company – BIOX Corporation – now part of World Energy.

The biofuel plant in Sombra is expected to have a capacity of 7.5 million gallons of renewable fuels per year. The project will create around 150 construction and engineering jobs during the build phase, with more than 45 full-time jobs during commercial operations.

“We know that oil under the earth’s crust was created from lipids without expensive catalysts and hydrogen,” commented Tim Haig. “FORGE mimics nature’s processes, except that we do it in hours not millions of years."

“Biofuels are critical in the move to lower-carbon marine, aviation and heavy-duty transport,” added Andrew Murfin, general manager of advanced biofuels at Shell. “Collaboration will be key to a successful energy transition and Shell’s investment in FORGE to progress this commercial-scale project can help accelerate this technology.”

“FORGE has unlocked nature’s ways in a cost-competitive, feedstock abundant and capital-light business model,” continued Karlis Vasarais, executive vice-president of Valent Low-Carbon Technologies. “This is a cornerstone technology of the low-carbon fuels value chain that the global transportation sector in air, sea and land, has been searching for.”