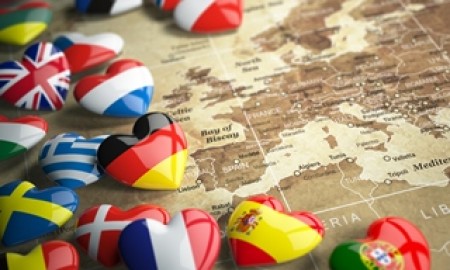 A member of a European Parliamentary group is calling on the European Commission to take measure to promote the responsible cultivation of palm oil and phase out its use for biofuels.

Although palm oil was barely employed some 30 years ago, its use has more than doubled since 2010 and according to estimates will again double by 2050, according to the GUE/NGL.

It can now be found in a variety of products such as margarine, chocolate spread, crisps, but also in cosmetics, detergent and biofuel. In 2014 alone 45% of all palm oil imported into Europe was used as transport fuel.

Konečná said that while the EU was one of the world's largest palm oil consumers, it was now also trying to become the most important player concerning limiting its consumption.

The production of palm oil leads to deforestation as jungle is removed to be replaced by palm plantations. Precious tropical ecosystems, which cover 7% of the Earth’s surface, are under increasing pressure from deforestation, resulting in for example forest fires, the drying up of rivers, soil erosion, loss of groundwater, pollution of waterways and destruction of rare natural habitats.

In addition the loss of natural habitats in the form of rainforests endangers the survival of a large number of species such as the Sumatran rhinoceros, the Sumatran tiger and the Bornean orang-utan, according to the GUE/NGL.

In her report, Konečná calls on the European Commission to strengthen environmental measures to prevent palm oil-related deforestation and phase out the use of palm oil as a component of biodiesel by 2020. Products should also be able to be certified for the socially responsible origin of their palm oil.

“I believe that the European Parliament should be very ambitious," Konečná said. "There should not be any palm oil in biofuels."

The environment committee voted on her report yesterday (9 March, 2017).

Speaking about the vote, Emmanuel Desplechin, Secretary General of ePURE, the European renewable ethanol association, said:  “Europe needs sustainably produced biofuels to meet its climate, energy and air-quality targets for transport – so this strong statement from the European Parliament on palm oil is a step in the right direction. A lot of the controversy surrounding biofuels is spilling over from the palm oil discussion.

“But renewable EU ethanol is made from crops grown by European farmers under the most sustainable conditions in the world. We believe the contribution of transport fuels from palm oil and its derivatives to the share of renewables in transport should be limited until global peatland conversion is halted. By strengthening sustainability criteria for all biofuels, the EU can reduce greenhouse gases without creating environmental problems elsewhere in the world.”

Anita Neville, head of sustainability communications at Golden Agri-Resources, added: “This motion comes at an important moment for the European Union, particularly as policymakers begin to examine the detail of RED II. The recognition that palm oil can be cultivated responsibly and can make a real contribution to the economic development of a country is important. This is after all, a food crop which in Indonesia is 40% smallholder grown."

She added: “The EU is a powerful source of demand for sustainable palm oil. It can achieve much more.  Policymakers should therefore be cautious on the creation of barriers, notably in biodiesel. Better to instead define what you would like to see, set realistic targets and ultimately act as that crucial source of sustainable demand.

“We believe, and as elements of this motion look to suggest, that by engaging with, and continuing to support the development of responsible palm oil, the EU will achieve far more than if it weakens ties and hopes a different source of sustainable demand will fill the resulting gap."