Biorefinery to reopen on back on UK E10 plans 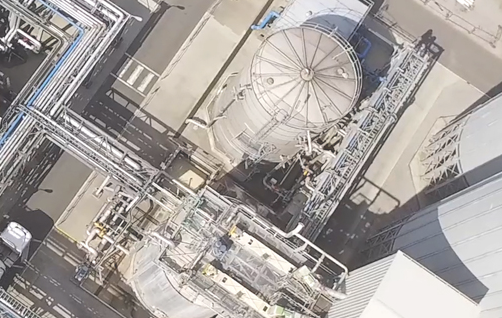 Vivergo Fuels site in Hull will be re-opening following an announcement by the Department for Transport that E10 petrol will be introduced at pumps across the UK from September.
Established in 2012, the site was the only dedicated bioethanol plant in the UK and represented the second largest infrastructure project after the Olympics. However, in September 2018 the decision was taken to close the plant based on three factors - the ethanol price, the input (wheat) price, and certainty of future demand, determined by the mandating of E10 petrol.
Now that E10 has been mandated and the environment is more favourable, the plant will help cut transport CO2 emissions by up to 750,000 tonnes per year, the equivalent of taking 350,000 cars off the road – or all the cars in North Yorkshire.
It will also unleash the potential of the £1 billion (€1.12 billion) British bioethanol industry, with the plant itself recruiting around 85 highly skilled green jobs in addition to the core team that remained in place during its closure.
Dr Mark Carr, Group Chief Executive of AB Sugar, said: “It was an extremely difficult decision we had to take to close in September 2018, but we have continued to maintain this world-class plant in the anticipation that it could re-start if the conditions were right to do so. With the Government’s announcement to introduce E10 to UK vehicles and improved market conditions, we are re-opening the plant and will start manufacturing bioethanol in early 2022.
“We will once again be investing in creating a highly skilled workforce and will be looking to recruit around 85 people for specialist roles over the coming weeks, as well as seeking opportunities with past partners, growers and customers whose support since 2007 has been invaluable.
“This is good news for a sustainable British biofuels industry, the economy within the Humber region, and the environment and consumers. I look forward to our continued investment and ambition for the UK bioethanol industry.”