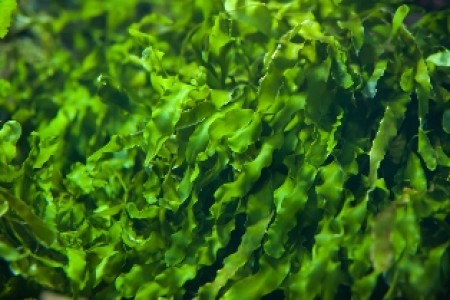 Bellona, a non-profit environmental organisation, has published a new report on the potential and challenges of using seaweed biofuels in aviation.

According to the organisation, the report provides comprehensive recommendations for researchers, public authorities and consumers.

By mapping existing knowledge and practice, sustainability and development of the technology, Bellona comes to the conclusion that the use of seaweed biofuel can unlock great potentials, while addressing many of the challenges associated with conventional biofuels.

In its native Norway, Bellona has extensive experience with related issues, such as Arctic and marine transport, and is a co-founder of large-scale projects involving biomass production such as the project Ocean Forest and Sahara Forest Projects.

According to Bellona, when it comes to cutting emissions from transport, shipping and aviation are often referred to as the elephant in the room: having been excluded from the Paris agreement and being inadequately addressed under existing UN conventions and EU legislation.

Yet these are the two sectors with the most rapidly increasing greenhouse gas emissions.  Aviation in particular accounts for the largest increase in CO2 emissions from transport, 2% of CO2 emissions on a global scale, and the share is growing. Emissions from global aviation have more than doubled over last 20 years, and the sector is expected to grow by at least 5% every year towards 2030, coupled with an increasing demand for fuel.

The Norwegian civil aviation authority (Avinor) has set an ambitious goal to halve emissions in 2020 based on 2012 levels in Norway. This is a goal which can hardly be reached without the implementation of biofuels for aviation.

In light of this, in its new report Bellona looks at the potential as well as challenges of using biofuels for aviation. Traditional crop-based biofuels are linked to several challenges such as food competition, water scarcity, biodiversity loss, social injustice, as well as land mismanagement and land use change. However, the use of third generation marine biofuels, such as seaweed, helps in lowering most of these risks.

Seaweed (or macroalgae) is a large, diverse group of aquatic plants. Some common species, like sugar kelp, could become a promising source of biofuels, if sustainably produced and used. Compared with, for example soya, which is also used for the production of biofuels, growing seaweed is faster, more space-efficient and does not require the use of fresh water or the addition of fertilizer. Furthermore, seaweed does not compete for land area. On the contrary, seaweed can be grown in exactly the area we have the most of: the sea.

Biofuels are considered necessary to decarbonise parts of the economy with no alternatives, notably aviation where electrification is not yet available. Europe today meets 90% of its renewable transport target with land-based biofuels, which in many cases are at least as bad as fossil fuels.