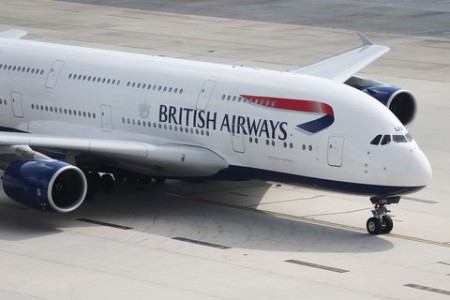 British Airways (BA) has announced that it has been forced to abandon plans to turn landfill waste into green jet fuel, partly due to lack of government support.

The airliner and green fuels specialist Solena Fuels announced last year that it would move forward with long-standing plans to develop a state-of-the-art facility called GreenSky at an ex-oil refinery in Thurrock, Essex.

The GreenSky project was due to open in 2017. BA planned to turn 575,000 tonnes of household waste into gas. Enough green fuel would have been produced to power all BA's yearly flights from London City airport twice over, with carbon savings equivalent to taking 150,000 cars off the road.

In a statement given to Biofuels International, BA said: "British Airways is fully committed to supporting sustainable alternative fuels production in the UK. However, its partnership with Solena Fuels has ended. We're very disappointed that, despite BA's commitment to the project, Solena was unable to progress it through to construction.

"BA is currently speaking to other companies to develop waste-derived bio-fuel projects. The Government needs to support innovative aviation biofuels projects such as this if they are to progress. We gave our full support to Solena Fuels for a number of years and were fully committed to making the GreenSky project a success.

BA wants jet biofuels brought under the government's Renewable Transport Fuels Obligation, a move it believes could help trigger the building of a dozen green fuel plants by 2030.

Chris Malins, the fuels programme manager of the International Council for Clean Transportation, told the Guardian that commercialising these projects was a challenging process, beset by a lack of EU policy certainty after 2020 and a "valley of death" between research and development tests and market-scale production.