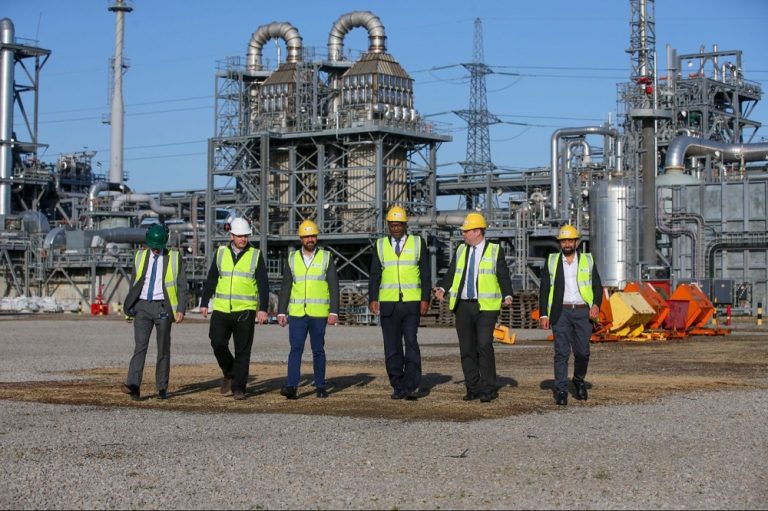 Alfanar has outlined its vision for a series of multi-billion-pound green investments in the UK.
The first of these investments, the planned £1 billion (€1.15 billion) Lighthouse Green Fuels waste-to-SAF plant, entered the FEED phase in June after alfanar awarded the contract to Worley.
This milestone makes the project one of the most advanced SAF facility in the UK and is due online in 2027.
Using gasification and Fischer-Tropsch technology, the project will convert one million tonnes of everyday household and commercial waste into 180 million litres of SAF and green naphtha per year, the equivalent of fuelling more than 15,000 short haul flights a year.
Strategically located in Teesside’s net zero industrial cluster, it has the potential to utilise the East Coast Cluster’s carbon capture and storage (CCS) infrastructure, due to be available from the mid-2020s, to further reduce the SAFs carbon intensity.
alfanar has also confirmed that it is actively evaluating other UK sites for its second and third SAF plants to be built by 2030 and 2035 respectively, and plans to develop further green projects in the UK and beyond utilising CCS and hydrogen infrastructure.
Mishal Almutlaq, chief Investment Officer of alfanar, said: “With the third largest aviation network in the world, and with one of the world’s largest potential offshore CO2 stores, the UK has the industrial and geological advantages to become a global leader in developing green aviation fuel with the lowest possible emissions using CCS technology. That is why we want to build our first ever SAF plant in the UK by 2027 and two further plants by 2035.”
Aviation Minister Robert Courts MP said: “Aviation will be central to our future growth, so it’s essential we deliver greener flying. Thanks to alfanar’s investment the UK could be producing cleaner fuel in a few years, not only making us more sustainable, but also creating more jobs and strengthening our economy.”