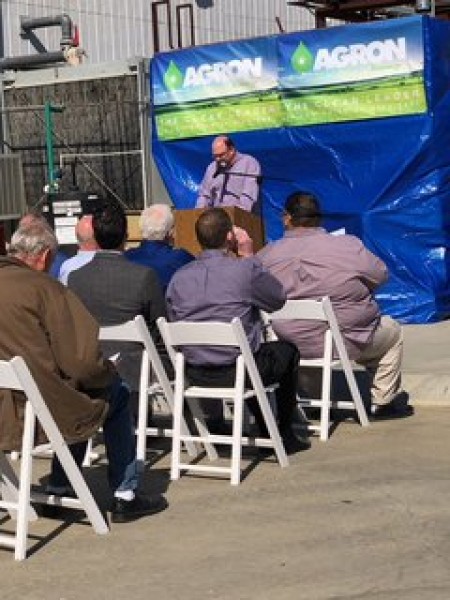 The re-opening of Agron Bioenergy

Located in Monterey Bay area, the biofuel facility shut down in 2016. However, California’s Low Carbon Fuel Standard has sparked new interest in biodiesel in California.

Wall Lake, Iowa based Western Iowa Energy recently purchased the idled plant, marking the first time the company had expanded its operations outside the state of Iowa.

“The Low Carbon Fuel Standard [LCFS] has made California the epicentre for biodiesel demand, and that drove our decision to expand outside of Iowa,” said Western Iowa Energy president Brad Wilson.

California’s LCFS is designed to encourage the use of cleaner, low-carbon fuels in the state. The standard works around the ‘carbon intensity’ of gasoline and diesel fuels, as well as their substitutes.

The California Air Resources Board, which administers the standard, affirms that biodiesel reduces greenhouse gas emissions by between 50 and 81% compared to petroleum, giving it one of the best carbon scores under the LCFS.

“Our access to affordable agricultural materials that score low on carbon intensity and our desire to participate in the growing California biodiesel market made this facility purchase a good business decision,” Wilson continued.

WIE’s Iowa plant can produce roughly 45 million gallons of biodiesel per year from feedstocks such as fat or vegetable oil. The Agron facility meanwhile, has 15 million gallon annual capacity.

“The reopening of the Agron plant represents an opportunity to expand the city and state’s commitment to the environment and economy, and we’re proud to be a part of that,” said Bill Horan, WIE chairman, noting it will provide about 18 full-time, skilled jobs to area workers.

The re-opening of Agron Bioenergy