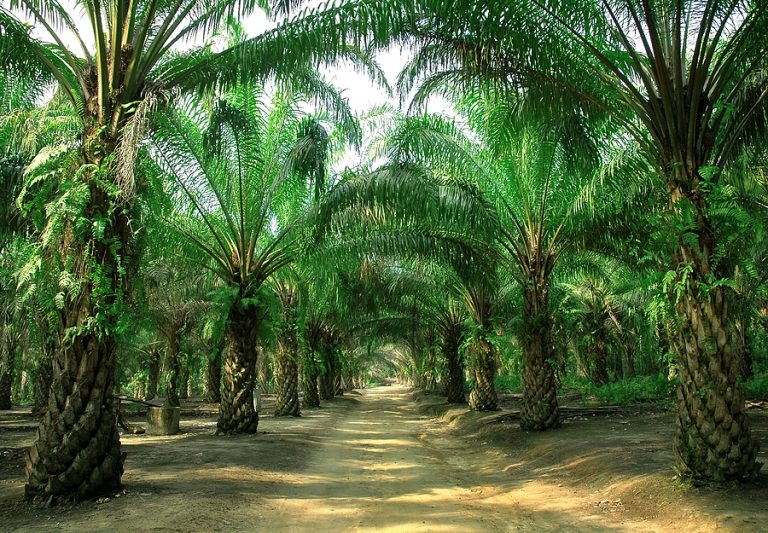 Malaysia and Indonesia are the world's biggest palm oil exporters
Malaysia plans legal action against the European Union's proposal to phase out palm oil-based biofuels by 2030 in a dispute settlement mechanism under the World Trade Organisation (WTO).
Plantation industries and commodities minister Mohd Khairuddin Aman Razali said the legal action was in keeping with the trade principles within the WTO.
The EU policy was adopted to halt the use of crops that cause deforestation in transportation fuel.
Razali said the EU's policies under its European Union Renewable Energy Directive II (EU RED II) Delegation Regulation was an unreasonable ban on the sustainability efforts being implemented by Malaysia.
"This discrimination by the EU will have a negative impact on more than three million Malaysians involved in the palm oil industry, as well as over half a million oil palm smallholders," he said in a statement earlier this month.
The EU approved EU RED II two years ago.
Razali said the delegated regulation had problems in terms of transparency and scientific credibility, with numerous presumptions made to present a wrong image of the sustainability of Malaysia's oil palm industry.
Malaysia will also act as a third party in Indonesia's WTO case against the EU.

Malaysia and Indonesia are the world's biggest palm oil exporters