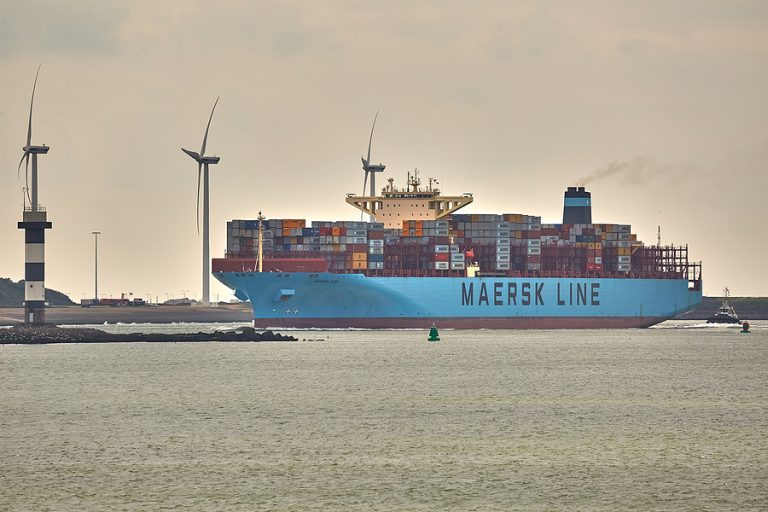 A container ship leaves port
AP Moller-Maersk has outlined its plans for the company’s first carbon neutral ships in the next few years.
The shipping industry, which carries around 80% of global trade and accounts for around 3% of global carbon emissions, has pledged to have ships and marine fuels with zero carbon emissions ready by 2030.
Søren Skou, the CEO of the group that controls the largest container line in the world, revealed that the company will be ordering carbon neutral ships within the next three years.
Speaking in the latest episode of the Outrage and Optimism podcast, which focused on the future of shipping, Skou said Maersk would start off with smaller tonnage ships aimed at regional trades, before taking the knowledge and experience from this first generation of new ships to order a round of larger boxships.
“Three years from now, we expect to buy the first order,” Skou said.
“Then we can go out and make supply contracts with people that can provide, whether it’s ammonia or alcohol, methanol and ethanol,” Skou continued, saying the aim was then to order larger carbon-neutral ships before the end of the decade.
In December 2018, Maersk came out as the first major shipping line to pledge to be carbon neutral by 2050.
“A ship has a life expectancy of between 20 and 25 years, so we need to start replacing ships by 2030 in order to be ready at 2050,” Skou told the podcast.