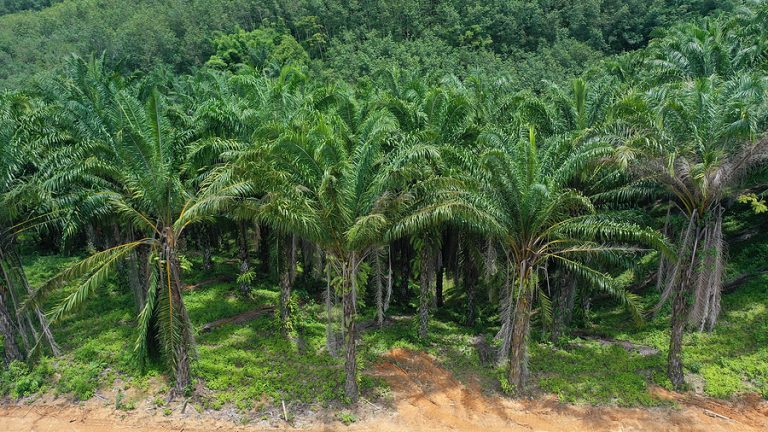 A palm oil plantation
Indonesia's state energy company PT Pertamina has started trials on diesel made entirely out of palm oil.
The work is being carried out at its Cilacap refinery on Java island after conducting trials on jet fuel late last year.
The state-controlled company began the trials of the green diesel on January 9. Trials for the jet fuel took place at the end of December.
"This trial will continue until it is ready and safe to use as fuel that can be used by the community," spokesman Hatim Ilwan told Reuters.
Indonesia, the world's largest palm oil producer, currently has a mandatory biodiesel programme with 30% palm oil content known as B30, but the government is keen to expand the use of the vegetable oil for energy.
But a fall in fuel prices has made the programme less economical and plans to increase the biocontent to 40% have been delayed due to funding issues.
While the B30 programme uses fatty acid methyl ester, known as FAME, the Green Diesel uses refined, bleached and deodorised palm oil (RBDPO), which is palm oil that has been refined to remove free fatty acids.
The biodiesel refinery at Cilacap is expected to produce as much as 3,000 barrels of biodiesel made out of 100% palm a day.
While biodiesel promises significantly lower carbon emissions, the land clearance taking place to grow palm oil has raised concerns among environmentalists about deforestation.