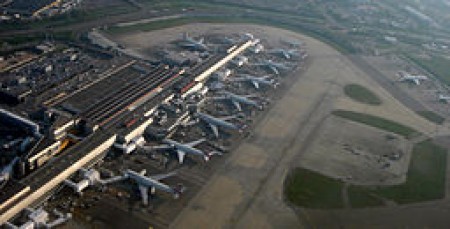 Member states of the International Civil Aviation Authority (ICAO) have agreed on a new 2050 Vision for sustainable aviation fuels, which will help to ensure that conventional jet fuels are substituted with sustainable alternatives ‘to a significant percentage’ by 2050.

The decision was formalised on 13 October at the Second ICAO Conference on Aviation and Alternative Fuels, in Mexico City, Mexico. ICAO is a specialised UN Agency established to work with its 191 member states as well as industry groups on developing international aviation standards and best practice.

ICAO President Dr. Olumuyiwa Benard Aliu stressed the importance of the new Vision at the conference, noting that the aviation sector’s current emissions reduction progress was insufficient to meet the ICAO targets for 2020.

“Sustainable alternative fuels are critical to closing this gap,” he said, in his opening remarks.

Aliu also observed that sustainable aviation fuels have already started to be used at some airports around the globe, leading to some 40,000 sustainable flights having been completed already. Earlier in October, Australian airline Qantas announced that its Los Angeles based aircraft would all be powered by biofuels from 2020 in a bid to reduce carbon emissions on its US to Australia routes.

“Through these numerous actions, the aviation sector has now supplied the proof of concept for sustainable aviation fuels, confirming their operational viability and the feasibility of producing them in sustainable ways which lessen the impact of aviation on the climate,” he added.

On the eve of the Second ICAO Conference on Aviation and Alternative Fuels, several environmental groups delivered a petition to ICAO urging the aviation body to scrap its plan for the widespread use of biofuels in planes.

Signed by 172,000 from across the globe, the petition argued that using biofuels on a large scale in aviation would inevitably accelerate palm oil farming, in turn resulting in massive deforestation.

96 environmental, and poverty fighting NGOs also submitted a letter criticising the UN’s plan. They claim that biofuels displace indigenous peoples, while the rapid scaling up of palm oil plantations to meet the new feedstock demand could eventually lead to price hikes for staple foods as a result of competition for land.

Although ICAO lists used cooking oil, algae and other feedstocks as potential raw materials for making jet biofuels, Brussels aviation industry watchdog Transport & Environment argues that there are limitations to the amounts of these feedstocks that can be sustainably sourced. They reason that with palm oil being the cheapest and most widely available vegetable oil on the market, it is the feedstock most likely to be used to meet the sudden increase in demand for aviation biofuels.

The Air Transport Action Group (ATAG), a global not-for profit organisation that represents ‘all sectors’ of the air transport industry, challenged the NGO’s claims, arguing that the aviation industry was striving to avoid using feedstocks associated with deforestation and other problems. ATAG has 50 members world-wide, including Airbus, Boeing, Bomardier, the International Air Transport Association and Rolls-Royce.

Haldane Dodd, head of communications at ATAG, told Biofuels International: “The NGO claims absolutely do not reflect the thinking of airlines and the industry, which has been proceeding along road of alternative fuels with caution and very deliberately avoiding some of the feedstocks (like palm oil) which have caused issues in the past.”

This article was written by Daryl Worthington, assistant editor of Biofuels International.