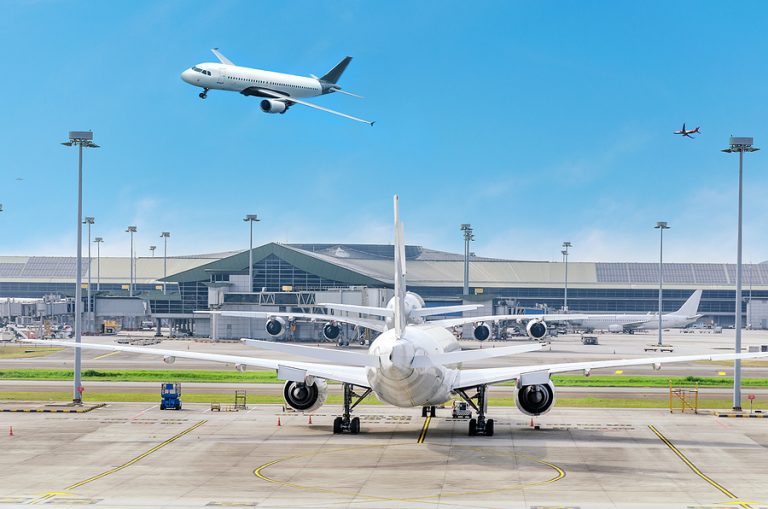 This is the final eight shortlist for industry-led projects to receive a share of £15 million (€17.6 million) in the Green Fuels, Green Skies (GFGS) competition for the development of sustainable aviation fuels (SAF) production plants in the UK.
Advanced Biofuel Solutions - Advanced Biofuel Solutions Ltd will work with a British refinery and British engineering company to produce a detailed engineering design for a new facility in Cheshire. The plant will use gasification and Fischer-Tropsch (FT) technology to convert 133,000 tonnes of waste a year into a biocrude that can be upgraded to aviation fuel.
Alfanar Energy - Alfanar’s lighthouse green fuels (LGF) project, located in Tees Valley, will use gasification and FT technology to convert household and commercial waste into around 180 million litres of SAF and naphtha. The project is currently completing design optimisation work ahead of starting FEED by the end of this year.
Fulcrum BioEnergy - The Fulcrum NorthPoint project, being developed at the Stanlow Manufacturing Complex in Ellesmere Port, will use proven technology and processes based on the company’s first commercial-scale facility currently being commissioned in the US. Once fully operational, NorthPoint will convert residual waste into around 100 million litres of SAF using gasification and FT technology. Funding will support the FEED stage of project work.
Green Fuels Research - The firefly project is a joint endeavour between Green Fuels, Petrofac and Cranfield University that aims to demonstrate and certify a technology route to SAF from sewage sludge, a fully biogenic, UK-derived waste feedstock. Funding will support the project’s pre-FEED development stage.
Lanzatech UK - Funding will support the FEED stage of a proposed Lanzatech facility, located in Port Talbot, South Wales. The facility will produce over 100 million litres a year of SAF, using ethanol from biogenic wastes and industry flue gases, with the potential to support significant jobs in the area.
Lanzatech UK and Carbon Engineering - This feasibility study project proposes the integration of innovative technologies to produce over 100 million litres per year of SAF. Carbon dioxide (CO2) captured from the atmosphere using Carbon Engineering’s direct air capture (DAC) technology, and hydrogen from water electrolysis, will be converted into SAF using LanzaTech’s gas fermentation and LanzaJet’s alcohol-to-jet technology developed by LanzaTech and Pacific Northwest National Laboratory (PNNL). Project members British Airways and Virgin Atlantic will study offtake potential and go-to-market routes for the fuel.
Nova Pangaea Technologies - This feasibility project is a partnership between British Airways, LanzaJet and Nova Pangaea Technologies. It will study the optimal design to construct a facility that produces more than 100 million litres a year using UK woody residues and the integration of Nova Pangaea’s REFNOVA and LanzaJet’s alcohol-to-jet fuel technology.
Velocys Projects - The Altalto project is being developed by Velocys and British Airways, to build a commercial waste-to-SAF plant in Immingham, Lincolnshire. Altalto will take hundreds of thousands of tonnes per year of black bag waste and convert it into SAF using gasification and FT technology. The project has received planning consent from North East Lincolnshire Council and funding will support progress towards FEED.
Research indicates that by 2040 the SAF sector could generate between £0.7 billion (€0.8 billion) and £1.66 billion (€1.95 billion) a year for the UK economy, with potentially half of this coming from the export of intellectual property and the provision of engineering services.