EU soybean imports from US dwindle 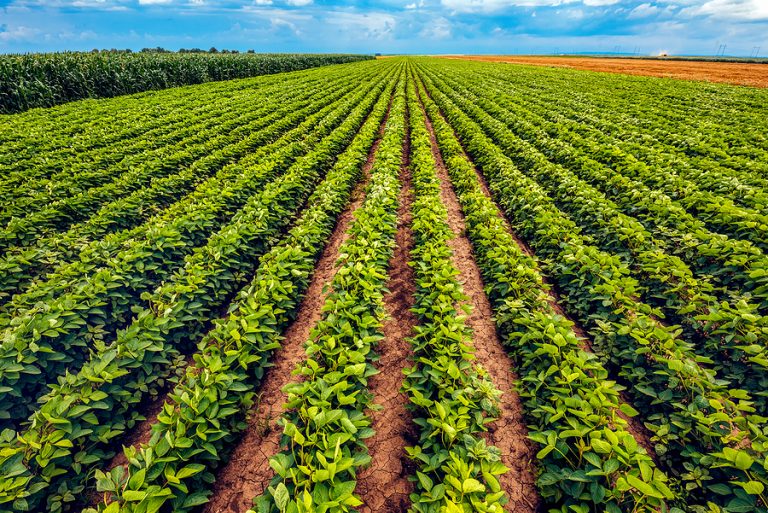 A soybean plantation
EU oilseed production can only cover around 56% of EU demand, figures show.
The EU-27 plus UK has always depended on oilseed imports from non-EU countries.
Soybeans account for the largest share of oilseed imports, because soybean production in the EU is still relatively low.
In the first half of the crop year 2020/21, the EU-27 plus UK imported around 7.1 million tonnes of soybeans.
This was up approximately 5% compared to last year's period and down around 2% compared to two years earlier.
The biggest share of soybean imports – 2.9 million tonnes or 40% – came from the US. Compared to the same period a year earlier, imports from the US declined by around 12%.
Compared to 2018/19, the decrease amounted to as much as 46%.
According to Agrarmarkt Informations-Gesellschaft, the reason for the considerable fall off in soybean shipments from the US is probably the partial settlement of the US-China trade dispute.
Since China started to place plenty of orders with the US again, fewer US soybeans have been available for exports to the EU.
As a consequence, EU demand has been covered to a greater extent by soybean imports from Brazil.
These imports amounted to around 2.8 million tonnes between July and December 2020. This was just about twice the amount of the previous year. The third most important supplier was Canada, followed by Ukraine and Serbia.