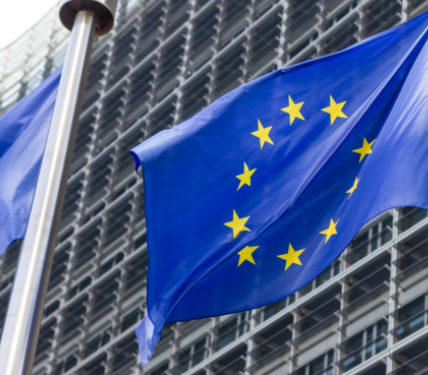 The European Parliament stressed the need for renewable energy to be increasingly used and energy consumption to be drastically slashed by 2030 during an historic vote.
MEPs voted on September 14 to raise the share of renewables in the EU’s final energy consumption to 45% by 2030, under the revision of the Renewable Energy Directive (RED) -a target also backed by the European Commission under its RepowerEU package.
According to MEPs, the legislation also defines sub-targets for sectors such as transport, buildings, and district heating and cooling.
In the transport sector, deploying renewables should lead to a 16% reduction in greenhouse gas emissions, through the use of higher shares of advanced biofuels and a more ambitious quota for renewable fuels of non-biological origin such as hydrogen.
Industry should boost its use of renewables by 1.9% points per year, and district heating networks by 2.3 points.
Each member state will have to develop two cross-border projects for the expansion of green electricity. Member states with an annual electricity consumption of more than 100 TWh will have to develop a third one by 2030.
MEPs also adopted amendments calling for phasing down the share of primary wood counted as renewable energy.
The text was adopted with 418 votes in favour, 109 against and 111 abstentions.
In a separate vote on Wednesday, MEPs backed the revision of the Energy Efficiency Directive (EED), the law that sets energy-saving targets in both primary and final energy consumption in the EU.
MEPs raised the EU target for reducing final and primary energy consumption, so that member states must collectively ensure final energy consumption is reduced by at least 40% by 2030 and 42.5% in primary energy consumption compared to 2007 projections.
This corresponds to 740 and 960 million tonnes of oil equivalent (Mtoe) for final and primary energy consumption, respectively. Member states should set binding national contributions to achieve these targets.
The targets will be met through measures at local, regional, national and European levels, in different sectors like public administration, buildings, businesses, data centres.
The text was adopted with 469 votes in favour, 93 against and 82 abstentions.