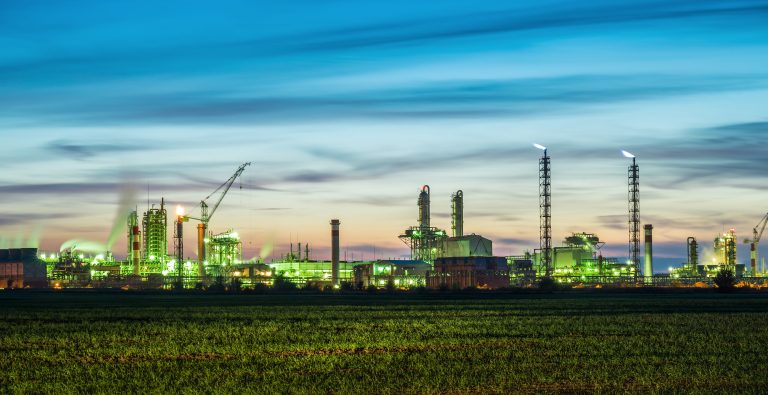 As oil prices spike amid supply disruptions, several operational and idle refineries across North America are, or, will be converted to biorefineries for processing waste and vegetable oils into renewable diesel.
This is also occurring in Europe and other countries.

Well before sanctions were applied on Russia, the US Energy Information Administration (EIA) forecast that renewable diesel production will increase significantly this year and next – and then fivefold by 2024 from 1 billion gallons currently to more than 5 billion gallons per year, according to consultancy firm Cerulogy.

In addition to eliminating dependence on fossil fuels, renewable diesel reduces greenhouse gases and carbon intensity.
It is a true hydrocarbon, like diesel fuel but made from biomass, with a lower carbon footprint and better performance.
The carbon intensity of renewable diesel is about one-third of fossil-based diesel. Renewable diesel uses the same hydrotreating and separation processes used for petroleum diesel, allowing refiners to utilise the same basic infrastructure and equipment.

The first US commercial renewable diesel facility became operational in 2010 at the Geismar facility in southern Louisiana, a joint venture between Tyson Foods and Syntroleum Corp.
It came online in 2010 with a capacity of 75 million gallons per year (MMgy) — later, ramping up to 90 MMgy.
It was purchased by REG in 2014. Additionally in 2014, Italian company Eni launched the world’s first refinery conversion.
Last year, a former refinery in Bakersfield, California, was converted into a biorefinery and is slated to be the largest renewable fuels facility in the western US as well as the largest in the country to produce renewable fuels from non-food based feedstocks.
Major and smaller oil companies have followed suit to reduce their carbon footprint.

Toxic H2S must be removed from the hydrotreated off-gas. This can be accomplished with a liquid redox system for larger amounts of H2S or non-regenerative absorbents for smaller amounts of H2S.
Redox technology uses a catalyst to turn H2S into innocuous, elemental sulphur.  The environmentally safe redox catalyst is continuously regenerated in the system.
The resulting elemental sulphur cake can be used as a fertiliser and the off-gas is cleaned of any slight amount of remaining H2S.

Before the light fuels can go to market, H2S must be removed to meet market specifications.  There is a technology on the market today that uses a mass transfer device with caustic as the treating reagent to remove the H2S.
The device is a vertical vessel packed with proprietary fibre that achieves non-dispersive-phase contact without the problems inherent in conventional dispersive mixing devices, such as aqueous phase carryover, hydrocarbon losses, lack of turndown ability, long settling times, plugging, and flooding.
Due to the aqueous phase adheres to the fibers rather than being dispersed into the hydrocarbon phase, carryover and uncontrollable emulsions are virtually eliminated.

The primary hydrocarbon coming off the hydrotreater, called advanced biofuel, is a renewable fuel chemically identical to ultra-low-sulfur diesel (ULSD) that can be used as a drop-in replacement of all diesel and biodiesel fuels in the transportation industry, without the need for compatibility modification.
As advanced biofuel contains no oxygen, the challenges associated with storage, cold temperature operation, and water attraction are eliminated.
Its higher cetane number is calculated between 75 and 95, compared to petroleum-based fuel which is between 50 and 60, and that means faster startups in the cold, boosted throttle response, and less noise.
The makeup of the renewable diesel allows the fuel to combust with maximum efficiency while decreasing regenerations in the particulate filters and injector maintenance frequency – and because it does not contain impurities or aromatics, it’s odourless.

Renewable diesel is a cost-neutral way for fleet owners to achieve goals by providing the ability to convert an entire diesel-­powered fleet to alternative fuel overnight.
At an average of 21 cents a gallon less than diesel, the savings may seem minimal, however they are actually quite substantial.
In 2019, there were 3.91 million Class 8 trucks on US roads and they each drove an average of 62,571 miles that year.
If they had all been fueling and driving with renewable diesel, each truck would have saved an average of $1,317.77 (€1,317) per year, which translates to $5.15 billion (€5.15 billion)  in annual savings.
Those same trucks fueled with renewable diesel would have contributed to emissions reductions by saving more than 297 million metric tons of carbon dioxide (CO2) a year.