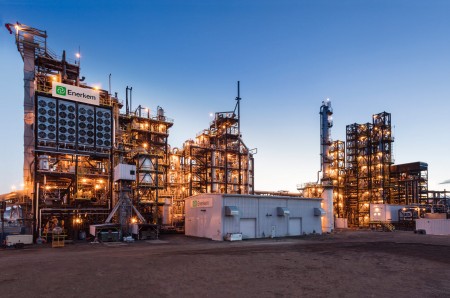 Montreal-based waste to biofuels company Enerkem has announced the closing of new financing to the tune of CAD$76.3 million (€5 million).

The funding has been sourced from existing investors, as well as a new investor, Canadian energy company Suncor Energy, the company announced.

Suncor will also offer technical resources to support Enerkem’s planned growth. This growth includes the continuation of project developments in Varennes, Quebec and Rotterdam, the Netherlands.

“We are now in a period of sustained growth and beginning a landmark phase of our technology’s implementation, with the expected launch of our Varennes plant and our Rotterdam project,” said Dominique Boies, president, acting CEO and CFO at Enerkem.

As part of the financing, the government of Quebec has increased its equity ownership in the biofuels company by CAD$13.3 million, Enerkem added.

“Thanks to a strong core of public and private investors, Enerkem has developed a clean, one-of-a-kind technology for commercial use. We are proud of also having the Government of Québec's support to be able to pursue our development projects in an emerging and promising sector that is helping to build the new economy," Boies said.