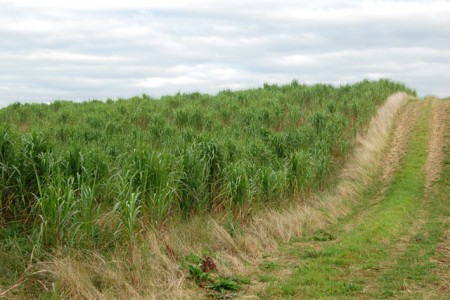 Alkol Biotech and Bio Refinery Development have signed a letter of intent (LOI) for the sourcing of up to 500 thousand tonnes of non-woody lignocellulosic biomass for what would be Europe’s ‘largest’ biorefinery.

UK based Alkol Biotech adapts plant varieties to grow in colder and drier climates, have better resistance to pests and diseases, and higher productivities. Its first crop is the EUnergyCane, which according to the company is currently the only cane variety natively European and able to grow in cold regions.

Bio Refinery Development (BRD), also known as BioForever, is a 14 company consortium in Europe which aims to build a biorefinery to produce a number of products which are normally sourced from oil.

The LOI will see Alkol Biotech provide up to 500 thousand tonnes of non-woody biomass to BRD, from its growing regions in Spain and Portugal to the port where the biorefinery will be built. The biomass will be supplied at a maximum price of 70 euros per tonne on a dry mass basis.

As part of the deal, the future biorefinery will be committed to purchasing the biomass for the next ten years with automatic renewal. Once the final decision is made on whether to build the biorefinery or not, the LOI will become a supply contract under the same terms.

“Even more than the obvious sense of achievement that the signing of this LOI brings, there is another which is the realisation that Europe is finally waking up to the fact that non-woody biomasses are a competitive option for the production of the chemicals and fuels of the future,” said Al Costa, Alkol Biotech’s CEO.

“As we approach 2020 with its 7% first generation biofuels limitation, as France phases out oil-based transportation in 2040, and when even the inventors of the oil industry themselves (the Rockefellers) formally leave the oil business, the need for suitable feedstocks becomes more than evident and we are confident we hold the answer.”

Anton Robek, BRD’s CEO, explained the reasons for signing the LOI with Alkol Biotech: “The leadership of Alkol Biotech in non-woody biomasses was pivotal for us to sign this LOI. Not only we have now a reliable and competitive source of biomass, but a quality one, which at the end will mean less costs in enzymes and pre and post-processing, and thus cost-effective renewable chemical building blocks.”